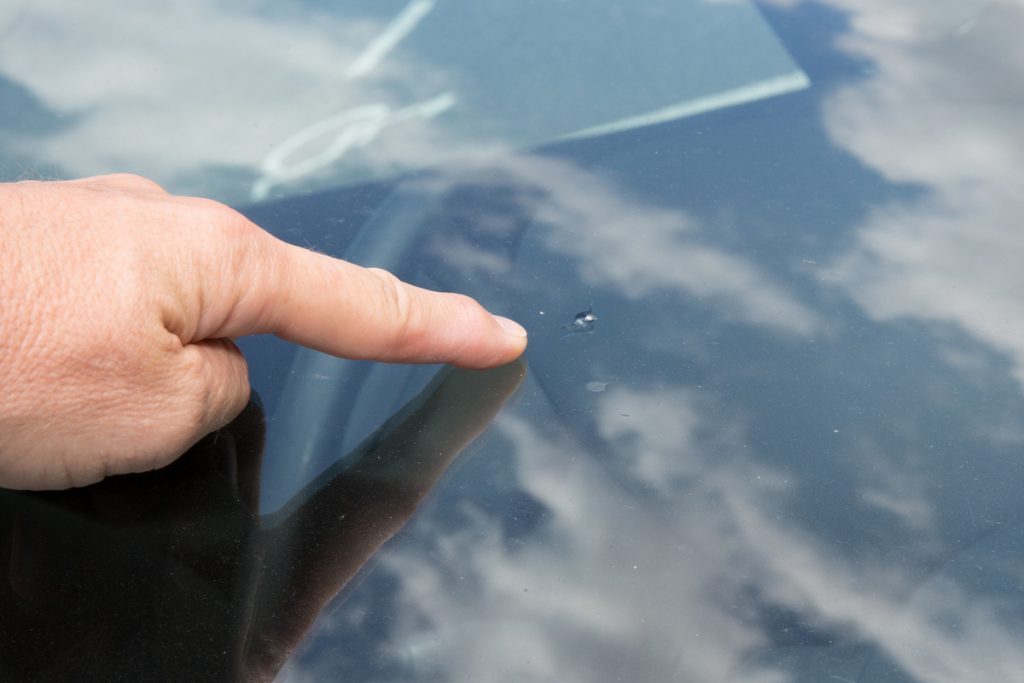 Damn! Another chip in the windshield…

So there I am, driving down the highway when WHACK, a passing truck throws a rock into my windshield. Judging by the noise, it had to be a brick! But the reality is that it was probably little more than a pebble.

The truck is doing 100kph (assuming it’s obeying the road rules) and I was doing the same (yes, obeying the rules). Combined speed equals 200kph. Windscreens aren’t designed to collect even pebbles at that speed.

It takes me about one second to see where the brick sized pebble hit. The chip and radiating star is very obvious. Worse, it’s just below my normal eye level.

Now it’s a race to see if I can get it patched before that star becomes a nebula and then a galaxy!

I should mention that this car has a massive windshield. It’s a big ‘people-mover’ with a deeply sloping windshield that tries hard to overpower the air-conditioning for eight months of the year.

I have no idea how much a replacement windshield is and I don’t want to find out. My insurance excess is $750 so there’s no point trying to claim on that. This is also the second chip in it. And both are on the driver’s side 🙁

Here in Australia, that means I will have to replace the windshield before I can sell the vehicle. But I’m in no hurry to sell so I need to save the windshield I already own!

According to John Wilson, Auto Glass General Manager of the Royal Automobile Club of Queensland (RACQ) , most windscreen chips and other damage occur during summer due to the storm season and more people travelling on the road during the summer school holidays.

“It is difficult to prevent a windscreen chip as these can occur anywhere,” Mr Wilson said.

“It can be dangerous to drive with a chipped or cracked windscreen because it can impair your vision and the integrity of the windscreen, which is the barrier between you and the outside world, if affected.

“Attending to a chip repair quickly can save your chip from turning in to a crack which will require your windscreen to be replaced.”

He offers five tips for preventing major damage to your windscreen.

Observing a proper distance behind other cars can help drivers to avoid rocks and objects which are flung into the air by tyres.

Sooner rather than later is always better

Once you notice a chip on your windscreen it’s best to get it repaired as soon as possible. The longer the chip is left, the more chance of it cracking.

Protect the chip as soon as possible

Placing clear sticky tape, or a ‘saver patch’, over the chip on the outside of your windscreen can help keep dirt, debris and water out of the damaged area. This will help improve the quality of the chip repair as the less exposed the chip is to dirt and debris, the better the cosmetic improvement of the repair. This is only temporary until repair work is done; and remember, only use a saver patch if it’s not in your line of vision.

Chip repairs can actually help you save

Get windscreen chips and cracks repaired as soon as possible

Windscreen repairs are permanent and restore 100% of the strength to your windscreen. However, be aware that chip repairs are not completely invisible. You will still see a small mark where the repair has been done.

Definitely! In my case, I do a lot of ‘country miles’. Even though chips can occur anywhere, the speeds attained on open roads place you at much greater risk. That means that I am sure to get another chip or two before I sell this vehicle. And given that I will need to eventually replace the windshield anyway, I’m very happy to save money via the DIY option.

A DIY windshield repair kit can be bought for less than $10 and will do multiple chips. That sounds like a deal to me. What about you?

PrevPrevious PostNomadic water bed on wheels lets you reconnect with nature
NextYes! Use Your Bike as a Backup Power Source…Next 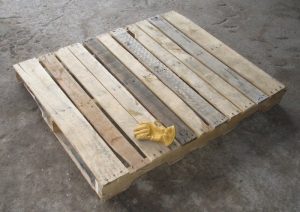 Be Creative With These 8 Must-Try DIY Pallet Projects