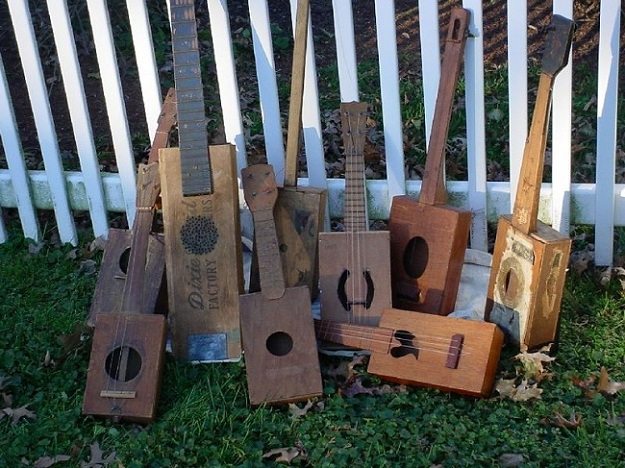 How To Build A Cigar Box Guitar

Before we start into the actual construction of a Cigar Box Guitar, I should probably explain what a CBG actually is. As the name suggests, a CBG is a small, playable guitar with a body constructed from a cigar box. 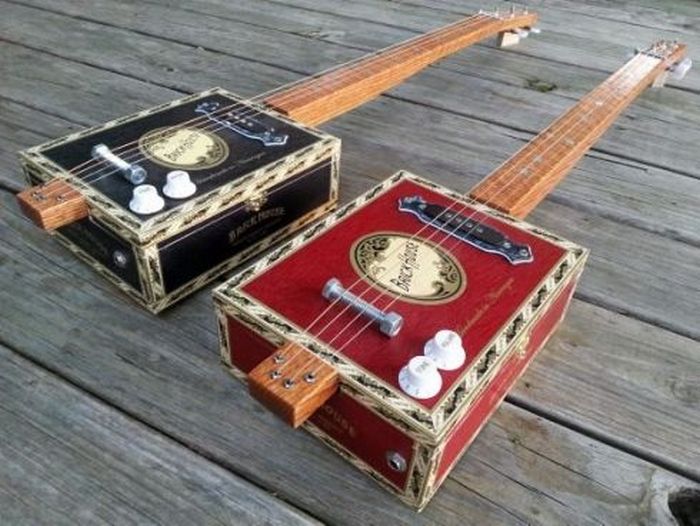 Cigar Box Guitars have a long and colorful history dating back to the mid 19th century. Thanks to the readily available and inexpensive materials, cigar box guitars, fiddles, and banjos were instrumental in the formation of the blues as most of the original performers were poverty-stricken African Americans without enough money to buy “real” instruments. 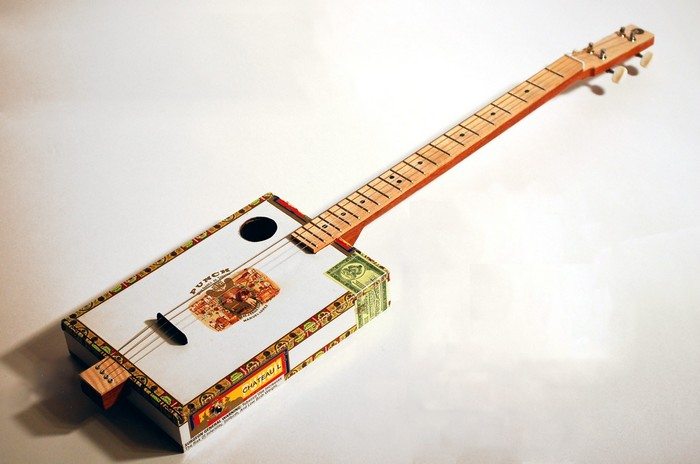 Over the last few years thanks to the emergent DIY culture, Cigar Box Guitars has had a revival. Unlike a normal six-string guitar, CBGs are easy to make, easy to learn, and can be put together for very little money. They’re an ideal project to make with the kids and they also make great presents for anyone even slightly musically inclined.

Still not convinced? Hop over to youtube and take a listen to some of the people who have constructed their own guitars. If that doesn’t convince you, nothing will.

This particular style of cigar box guitar is referred to as a strike-through design meaning that the neck goes all the way through the body. Strikethrough guitars are the easiest to build and also require the fewest components.

*Cigar Box – this one’s a bit of a no-brainer. The construction and size of a cigar box depend on the brand but ultimately the materials and dimensions don’t really matter – a laminated high-density cardboard box will function as well as a hinged wooden box. Cigar boxes can be found in most high-end tobacconists or on eBay.

*Hinge – a good ornate hinge with a little modification makes a perfect cheap tailpiece. The tailpiece holds the strings so the machine heads can tension them.

*Threaded Rod – Two lengths of the threaded rod about the width of your neck make an excellent bridge and nut if you don’t want to fork out for the real thing. The Nut is the string guide that sits near the head of the guitar and the bridge is the string guide that sits on the body and transfers the vibrations of the strings into the body so the instrument produces sound. You can find threaded rods at most hardware stores, but if you can’t find any then standard bolts will work just fine.

*Tuning Pegs/Machine Heads – These are the tuners on the head of the guitar and they will probably be the most expensive part of the build. CBGs come in a variety of different traditional styles, with 1 string, 3 string, and 4 string being the most common. Standard cheap externally geared guitar machine heads will work just fine but usually require a bit of countersinking to install. Internally geared banjo-style machine heads are easier to install but cost quite a lot more. You can find machine heads on eBay but to get the best deal you’ll probably have to import them from America or China.

*Strings – another no-brainer. Originally CBGs were strung with whatever the players could get their hands on but rather than scrounging strings 3, 4, and 5 from a set of standard medium gauge steel strings are perfect for an open G tuning.
Continued page 2…